Stocks fell on Tuesday as Apple shares declined for the first time in six sessions and traders assessed the market’s recent run to all-time highs.  The Dow Jones Industrial Average dropped 200 points, or 0.7%. The S&P 500 slid 0.1% and Nasdaq Composite was up marginally. Apple dropped 1.6%, giving […]

Stocks fell on Tuesday as Apple shares declined for the first time in six sessions and traders assessed the market’s recent run to all-time highs.

Apple dropped 1.6%, giving back some of its blistering rally into a record valuation. Boeing, Raytheon Technologies and Exxon Mobil also contributed to the Dow’s decline, as each stock fell at least 2.9%.

Earlier in the session, the S&P 500 hit another record high after China and the U.S. resumed trade talks.

In a statement, the Office of the U.S. Trade Representative said that both sides made “progress and are committed to taking the steps necessary to ensure the success of the” phase one trade deal. The two countries also “addressed steps that China has taken to effectuate structural changes called for by the Agreement that will ensure greater protection for intellectual property rights,” the statement said.

The statement comes as tensions between both countries has increased, with the U.S. criticizing China’s handling of the coronavirus outbreak within its borders.

The S&P 500 was coming off a banner session in which it closed above 3,400 for the first time.

“Equity investors continue to express cautious optimism on the direction of the economy and progress with the virus,” said Mark Hackett, chief of investment research at Nationwide. “Investor sentiment has shifted, with substantial optimism now embedded into the equity markets, driving valuations to the highest level since the technology bubble.”

The number of newly confirmed coronavirus infections in the U.S. has dropped. Data compiled by Johns Hopkins University showed new cases fell to around 38,000 and have been below 50,000 since mid-August.

Meanwhile, the Food and Drug Administration approved the use of convalescent plasma as a treatment for coronavirus patients. The Trump administration is also reportedly considering fast-tracking an experimental vaccine from the U.K.

Aneta Markowska, chief economist at Jefferies, said high-frequency data on the coronavirus shows economic activity in the U.S. is picking up towards the end of August.

“The reopening of schools is proving to be a positive catalyst, with back-to-school shopping on track to exceed last years’ levels. We also show early/tentative evidence of improving labor market trends in states where schools reopened in early August,” Markowska said in a note.

After the bell on Monday, S&P Dow Jones Indices said Salesforce.com will replace Exxon Mobil, Amgen will replace Pfizer and Honeywell International will replace Raytheon Technologies in the Dow average. The changes are driven by Apple’s coming stock split, which will reduce the technology weighting in the price-weighted average.

Salesforce, Amgen and Honeywell gained while Exxon Mobil, Pfizer and Raytheon declined. Exxon has been a part of the average for nearly 100 years.

Later this week, the Federal Reserve will hold its annual symposium on monetary policy. Wall Street will look for clues on further stimulus and where the economy is headed out of the event.

Subscribe to CNBC PRO for exclusive insights and analysis, and live business day programming from around the world.

Wed Aug 26 , 2020
If you own INSU shares and wish to discuss this investigation or have any questions concerning this notice or your rights or interests, visit our website: Or please contact: (888) [email protected] WeissLaw is investigating whether INSU’s board satisfied its fiduciary duties to its shareholders by conducting a fair and diligent […] 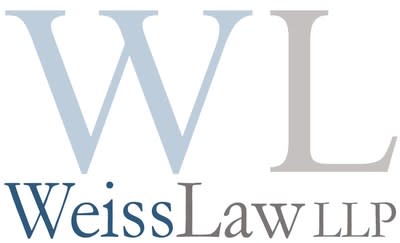