California Insurance Commissioner Ricardo Lara and the Los Angeles advocacy group Consumer Watchdog issued separate statements Friday announcing they no longer opposed a wildfire-insurance bill. At a hearing earlier this week, lawmakers took out key portions of the bill that Lara said would undermine his authority to regulate homeowner insurance […]

At a hearing earlier this week, lawmakers took out key portions of the bill that Lara said would undermine his authority to regulate homeowner insurance premiums.

“I commend the Senate Appropriations Committee for recognizing that there is a better way to tackle the costs and availability of wildfire insurance affecting our state,” Lara said in a statement Friday.

“With 367 known wildfires burning today in California and threatening lives and homes, time is of the essence,” he added. “I will continue to move quickly to tackle this important issue, in partnership with the Governor’s Administration, the Legislature, and all stakeholders.”

Before the amendments, Lara and Consumer Watchdog contended that the bill would have allowed insurance companies to raise the cost of homeowners policies without a review by the state Department of Insurance.

“In its original form, AB 2167, which was backed by the insurance industry, would have raised homeowners’ insurance premiums and repealed voter-approved consumer protections against excessive rate increases and discriminatory practices contained in Proposition 103,” Consumer Watchdog said in a statement.

The bill was co-authored by Sen. Brian Jones, R-Santee, who put forward the legislation as a way to help wildfire victims ensure that they could continue to purchase homeowners insurance, which has been a serious problem across the state as fires have ravaged communities up and down California in recent years.

Amendments approved this week also took out a provision of the bill allowing insurers to pass along to consumers the cost of reinsurance, which is the practice of insurers buying secondary policies of their own to cover potential losses.

Fri Aug 28 , 2020
South Korea has been castigated by environmentalists and international investors for failing to follow Japan in slashing funding for coal power overseas. The criticism was levelled as Moon Jae-in’s government touted investment in clean energy as part of a Green New Deal, a vital component of an unprecedented $233bn stimulus […] 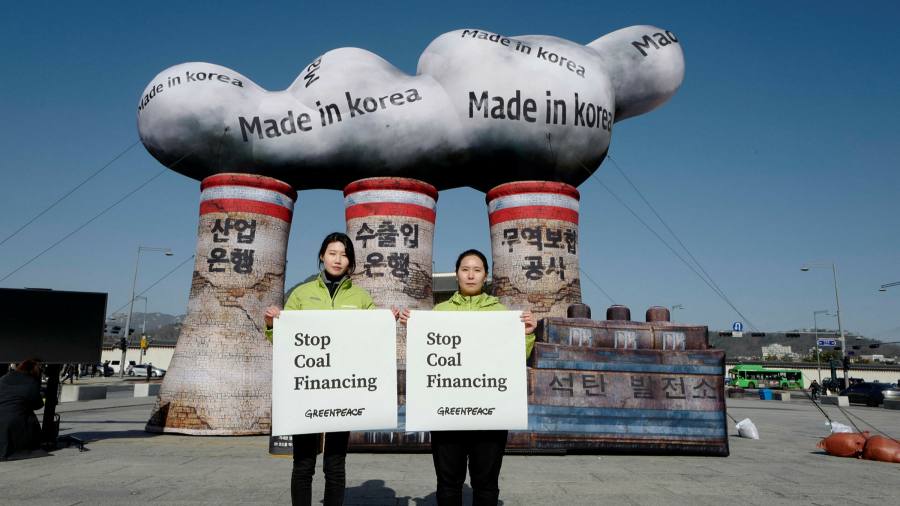