Paul Polman, the ex-CEO of Unilever, is often acknowledged as among the first champions of stakeholder capitalism. He believed that CEOs should use their position to save the world rather than merely attempt to manage their firms to maximize shareholder value. One of his more extra ordinary remarks in his long career: “I always say I represent one of the biggest NGOs.”

An initiative of his left unfinished though was to merge Unilever’s two headed structure, respectively based in the U.K. and the Netherlands, into one and move the head office to Rotterdam. This prompted a lot of shareholder opposition, because it would jeopardize Unilever’s inclusion in the FTSE index. London fund managers would have been forced to sell Unilever shares. Shareholders also feared that that the real reason for the move to the Netherlands was to seek better takeover protection after an aborted Kraft Heinz takeover approach in 2017. The Dutch courts have since explicitly stated that boards ought to take stakeholders’ interests into account not just that of shareholders. Unilever tried to reassure investors by stating that shareholder rights would not be curtailed. Eventually Unilever’s move to the Netherlands was abandoned and Polman stepped down. His successor Alan Jope, still intends to merge the dual structure, but instead of moving to Rotterdam he now wants to move to London.

The plan to leave the Netherlands has run into a snag as Dutch opposition MP Bart Snels has introduced a bill that levies a hefty €11 billion tax to hurt large companies who depart from the Netherlands for low-tax jurisdictions. Remarkably, the Dutch tax rate is expected to drop from 25% to 21.7% next year, a rate closer to the U.K.’s 19% although that reduction is rumored to be in trouble as greater government tax revenue is needed to finance the impact of the COVID-19 crisis. Meanwhile, Unilever has maintained that their move to London is not driven by tax arbitrage but by a desire to simplify the corporate structure.

Which brings me to the central issue: the false choice between pleasing stakeholder interests versus creating shareholder value. What did Polman intend? Save taxes for its British shareholders, avoid takeovers to entrench management or cut administrative overhead to increase shareholder value or all of the above? What does the Netherlands really intend? Following the Dutch exit tax bill, the Dutch press has reported that the Netherlands is unlikely to attract other corporate headquarters, especially given its complex labor dismissal laws. Do stakeholder societies run the risk of killing the golden geese that actually produce profit, wages and associated tax revenue that the state can redistribute?

My interpretation of these developments is that the false dichotomy between shareholder and stakeholder capitalism drives CEOs and politicians into logical dead ends, such as the one that the Netherlands and Unilever seem to find themselves in now. Good businesses the world over, including Unilever, thrive and maximize shareholder value only because they implicitly already account for their stakeholders’ interests. However, when a company seeks to turn itself into a nonprofit, it should come as no surprise when they get tied up in the very political webs they are seeking to weave. Consider a few data points related to Unilever and the Netherlands.

Is Polman’s record at Unilever reflective of great shareholder or stakeholder capitalism? It is hard to tell and is arguably unknowable because stakeholder welfare is hard to measure.

Perhaps, corporate bosses should focus on their actual purpose and proudly make the case that their existence itself provides considerable social value.  Society needs businesses to deliver goods and services to its customers, provide livable wages for its employees, pay taxes to their communities and provide returns to those who have risked their capital to make the business possible.

Society also needs competitive markets for labor, capital, and corporate control and sound public policy to enact and enforce laws that penalize negative externalities imposed by businesses. The false dichotomy between shareholder and stakeholder capitalism takes away precious attention and airtime from working to ensure such competition and sound public policy. Instead, we often find firms trying to cloak themselves in virtue to deflect criticisms about selfish capitalism without effecting much meaningful change.

There is a continued desire on the part of the Business Round Table, Unilever, the Netherlands, the World Economic Forum and hundreds of conferences around the globe to reduce corporate profits as part of a quest for some sort of an alternative system in which mutually beneficial gains can be shared by market participants, all in an effort to foster a better world. Does such a system exist? If they do stumble upon an answer, I wonder whether they will try to name it something other than capitalism.

Thu Sep 17 , 2020
WASHINGTON (AP) — House Democrats said Tuesday they will investigate whether Postmaster General Louis DeJoy encouraged employees at his former business to contribute to Republican candidates and then reimbursed them in the guise of bonuses, a violation of campaign finance laws. Five people who worked for DeJoy’s former company, New […] 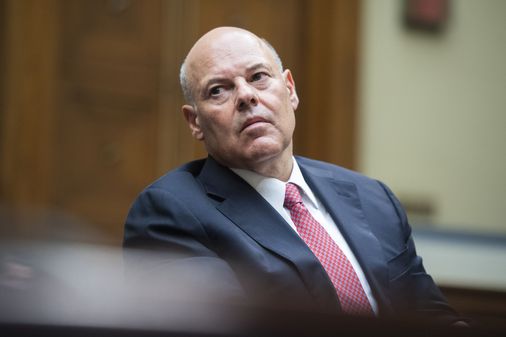